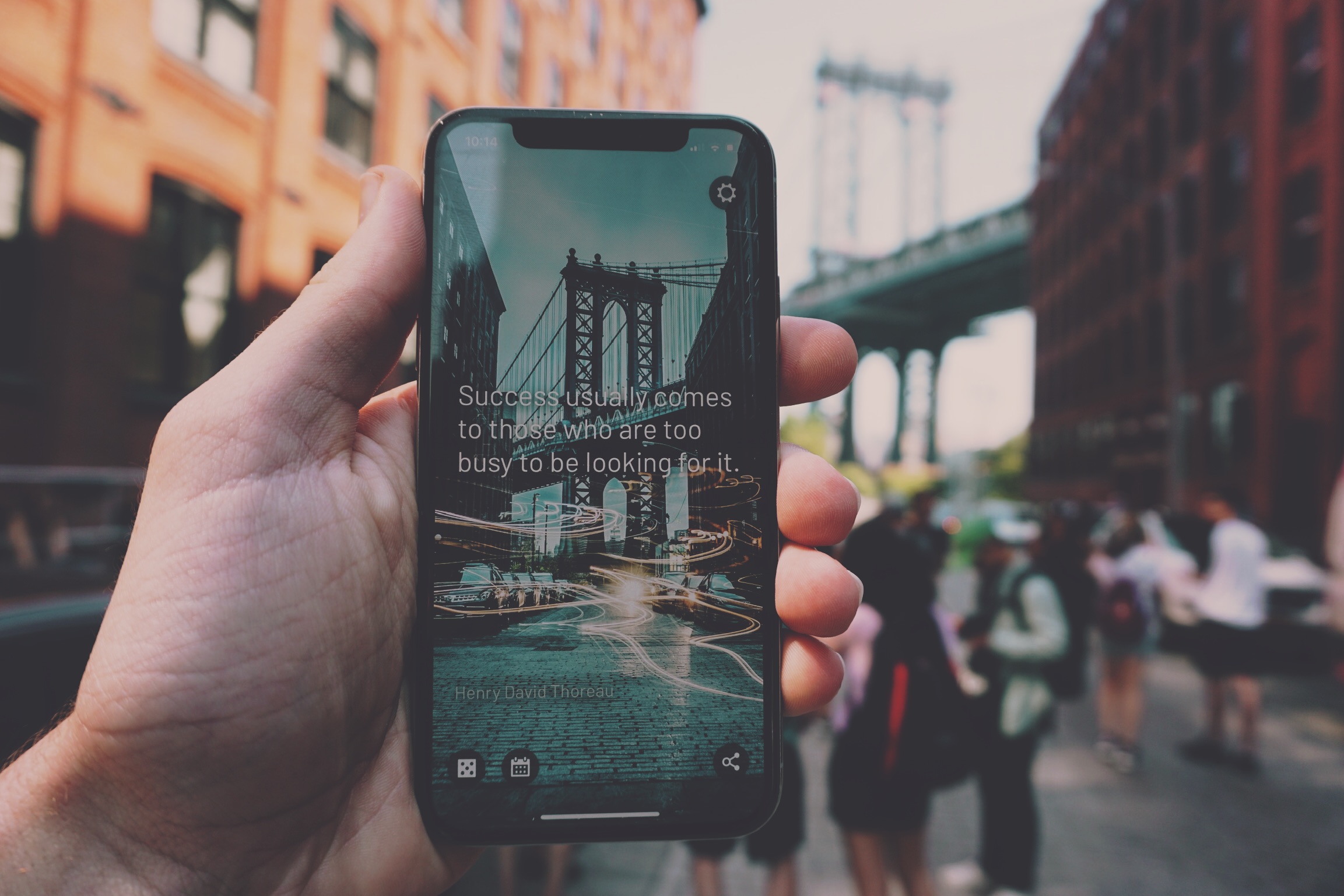 Words are powerful, but often underestimated. Each day we’re bombarded with language that inspires panic, mania, and uncertainty. Social and news media have their place, and riding them of their issues is a tall task. Ho’omaka doesn’t seek to change the system. All it tries to do is move your attention inward.

In the self-help space, there are many apps for meditation and journaling, and in no way do we doubt the benefits of both. But with Ho’omaka, we wanted to create a product that was the user was passive to, yet influenced them positively. It’s always easier to do nothing than something, and we saw this as an issue with most self-help tools. It’s almost always easier to do the less desirable behavior, with the notable exception being addiction. For most users however, browsing social media is easier than planning in-person activities; tweeting is also easier than developing and defended nuanced opinions; so is listening to cable news.

Ho’omoka is nothing intrinsically innovation. It’s a quotes app. But it’s the inspiration and though behind it that makes it special.

It’s designed to be passively interactive. Simple left swipes move the user between quotes which are presented as enveloping, edge-to-edge pages. It’s as simple and engaging as an app like Instagram, but instead of filling the user’s headspace with attention-stealing content, Ho’omaka invites user’s to enjoy introspective content.

There are no categories and no profiles. The focus is presenting the quotes as simply as possible. Sharing is easy—so these quotes can spread onto other platforms—and daily notifications serve to remind people to check back in with themselves.

Ho’omaka doesn’t ask anything of its users. Just swipe and enjoy yourself. Instead of encouraging users to produce their own content—as with journaling—or to ignore content—as with meditation—Ho’omaka provides a home for an enriching, enjoyable, and timeless form of content: quotes.